This page to be re-worked. 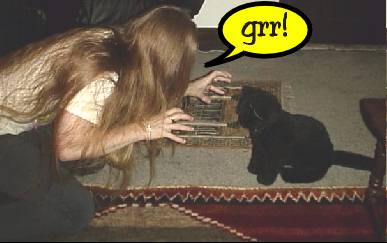 My name is Kingsley Tart (it has its advantages) and I was born in September 1967.

I'm a senior computer tech in my job, and then I come home and watch Star Trek.

By filling in this form.

Where do I come from?

The country. I spent the first 19 years of my life in Shropshire where the sun shines sometimes and the cows wake you up in the morning.

I then moved to Kingston upon Thames, went to college for a while, met some friends, and got a job in an IT department. After a while I got a reputation for being a general hairy mad thing that knew a lot about computers, though most people there were quite reserved so you can tone that one down a bit.

Eight years later, I left my job and started another one just up the road in a company called Data Systems Electronics doing PC and Networking consultancy, installations and support. Most people there thought I was completely barking (in a nice kind of way, so they said) and I usually managed to turn my lunch into a point of comedy, especially when it contained rather copious amounts of garlic.

After 4 years of that it was time to move on so I changed to work for an Internet provider in Camberley. I've been there since September 2000 and am known as the, er, well it's kinda hard to describe. I seem to manage to entertain and bewilder the rest of the staff so that's cool. Oh, and I do systems development too ...

What do I dislike?